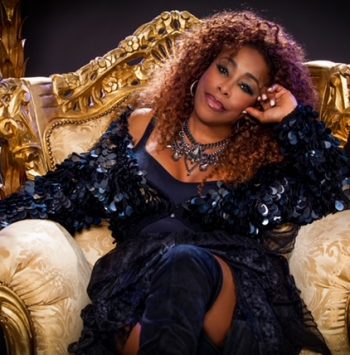 Penny Ford (also known as Pennye Ford, born June 11, 1964) is an American singer-songwriter, multi-instrumentalist, and record producer. Born and raised in Cincinnati, Ohio, she rose to fame in the 1980s after signing a recording contract with Total Experience Records and releasing her debut solo album Pennye. The album spawned the singles “Change Your Wicked Way” and “Dangerous”, which were produced and written by Ford.

She garnered international fame as the lead singer of Eurodance group Snap!. Managed and produced by Michael Münzing and Luca Anzilotti, the group released their debut album World Power in 1990, which sold over 7 million copies worldwide and became one of the most successful dance albums to date. The album contained the hits “The Power”, “Ooops Up”, “Cult of Snap”, and “Mary Had a Little Boy”, which have collectively sold over nine million records. Snap!’s hiatus saw the release of Ford’s second album, Penny Ford (1993), which established her as a solo artist worldwide and featured the singles “Daydreaming” and “I Lose Control”.

Ford has also been a member of the groups Klymaxx and Soul II Soul. In 2006, she returned to Snap! and began touring worldwide with them. Throughout her career, Ford has sold over 16 million records.

Ford attended St. Mark Catholic School in Cincinnati, where she enrolled in dance and music classes. Her interest in music and performing continued after winning a talented teen pageant at a young age, reading a Maya Angelou piece and singing George Gershwin’s “Summertime” to beat other contestants. In 1979, she snuck into a local club where she landed a job as a background singer for electro-funk group Zapp as part of a Parliament-Funkadelic World Funk Tour at age 14. After graduating from high school at age 16, she traveled to Los Angeles, where she auditioned at a studio for Motown and was given a job as a demo singer.